CLICK FOR OUR TRIAL PROGRAM!
FEKS BJJ IS A MEMBER OF SAS TEAM BRAZILIAN JIU-JITSU

Guybson Sá
Guybson Sa, was born in Fortaleza - Brazil 1988 and received his Black Belt in 2009 from Master Sa and Professor Sazinho after winning the World Championship by CBJJO and CBJJE in the Ranks of Purple and Brown Belts. He won the finals against the BJJ aces, Rodolfo Vieira and Marcus "Buchecha" Almeida. Guybson also won the Nationals twice by the same Confederations as a Blue and Purple belt respectively. He is a 6 time Ceará State Champion and 3 time Northeast Champion (9 states). Guybson fights professional Mixed Martial Arts as well, with wins in Brazil, and the U.S. in the Shooto Brazil and Blood Brothers organizations. Guybson moved to the U.S. in 2009 and has been competing steadily winning the State Championships in New York, South Carolina, North Carolina, Tennessee, Arizona and Georgia. He is currently a 12 time North American Grappling Association champion.

Guybson is the son of one of the pioneers in Brazilian Jiu Jitsu in the State of Ceara - Brazil. Grandmaster Francisco Sa received his black belt in 1959 and trained over 25.000 students in his teaching career. Grandmaster Sa was a 9th degree Red Belt when he passed away in September of 2013. This sad event motivated Guybson to honor his father and family name and build a true mixed martial arts gym teaching authentic Brazilian Jiu JItsu as was passed down from generation to generation. Spartan Academy Mixed Martial Arts is the home of SAS Team BJJ in South Carolina. Professor Guybson is committed to staying true to his family heritage and to build the biggest team of Brazilian Jiu Jitsu and Mixed Martial Arts practitioners in the South.

The SA Family:
Francisco Sá was born December 17th, 1935 in the remote town of Senador Pompeu, about 125 miles from the main city of Fortaleza. His first exposure to Jiu-Jitsu came through a weekly illustrated publication called "Cruzeiro." The magazine contained pictures of Brazilian Jiu-Jitsu techniques demonstrated by the Helio Gracie. He also spent some time training with one of George Gracie’s students, Mr Nilo Veloso. In his late teens, Master Francisco Sá decided to move to Recife in the state of Pernambuco, Brazil to follow a career in the Brazilian Air Force. While in Recife, Francisco Sá discovered that a jiu jitsu master named Takeo Iano was teaching in the area. He immediately sought out the Japanese martial artist, and started learning from the former Kodokan academy standout. In Recife, Francisco Sá dedicated all his time and effort to Jiu Jitsu, and in 6 years he made it from white belt to the rank of instructor under Takeo Iano.

After years of training in Recife, Master Sá decided to return to his home state to be closer to his family. There he opened his first academy, which was called "Central Ringue Club" later to be renamed as "Academia Professor Sá" (Professor Sá Academy). From this academy he developed several important fighters, including his own son "Sazinho", who became one of the most popular coaches in the region. The family of fighters continues to deliver high class fighters such as Guybson Sá & Robson Sá, also his sons and Daniel Beleza, Jorge Gurgel, Marcus Aurelio, Daniel Tavares.

Master Sa was one of the few BJJ practitioners to acquire the highly esteemed rank of Red Belt. This is the highest rank achievable in the Gentle Art. To reach Red Belt (Grand Master) takes about 40 years after attaining the rank of Black Belt. Master Sa received his Black Belt in 1959 from Nilo Veloso. As of 2013, Master Sa had been a black belt for 54 years. The Sa Family is considered to be like the Gracies in Northeast of Brazil for being pioneers in the Martial Art. The Sa’s are highly esteemed to have a leader that attained the rank of Red Belt.

"Sazinho" Professor Francisco Carlos Pinto Sa, "Sazinho" was born in Fortaleza 1964 and is the oldest Son of Master Sa. He is currently a 6th Degree Black Belt (black belt since 1985). He is also president of SAS TEAM BJJ Worldwide, president of the BJJ Olympic Federation in the State of Ceará and president of the Professional Fighting National Confederation.
​
"Sazinho" is a two time national champion in Brazil, Pan American Champion in United States all at the rank of Black Belt. He has formed over 100 world medalists and many international MMA fighters who have competed in the sport's largest events including the UFC, Bellator, Pride and Strikeforce.
Robson Sá is the youngest son of Master Så. He was born in Fortaleza 1991. He currently holds the rank of Brown Belt, and has already placed 2nd in the World by CBLP. He has won Northeast Competitions in Brazil three times and is ranked top 3 at purple belt in the State of Ceará. 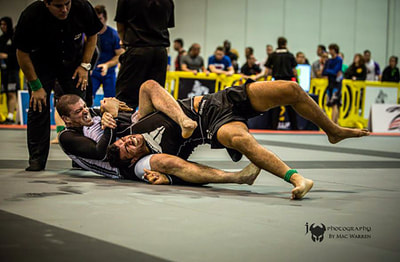 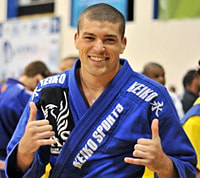